There is a lot to read about Kanye West in the headlines right now, but if you want to reconnect with the rapper’s beginnings, jeen-yuhs: A Kanye Trilogy on Netflix is the place to go.

Almost all of the material in Act I of this three-part documentary series dates back almost two decades, long before Kanye West was signed to a record company as a rapper.

It’s intriguing to see the behind-the-scenes video taken by West’s buddy and public access television personality Clarence “Coodie” Simmons and Coodie’s creative collaborator Chike Ozah—even though West later cut Coodie out of the film when he blew up, leaving some critical gaps.

Nonetheless, audiences will undoubtedly be intrigued to witness what occurs in Acts 2 and 3, when Kanye came dangerously close to becoming the polarising celebrity that the world knows. 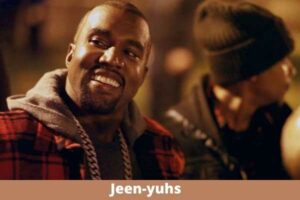 When will Acts 2 and 3 of the Kanye West documentary be available on Netflix? Continue reading to learn more.

Must check: Destiny 2 the Witch Queen: Expansion Release Date, Trailers, Exotics, and Everything We Know

The first installment of jeen-yuhs was uploaded on Netflix on Wednesday, February 16. The 87-minute episode, dubbed act I VISION, is now available to view on Netflix.

Act 2 Of Jeen-Yuhs: A Kanye Trilogy On Netflix

A Netflix spokesman confirmed to Decider that jeen-yuhs would be released weekly. Netflix will begin airing Part 2 of the Kanye West documentary, dubbed act ii: PURPOSE, next Wednesday, February 23.

The third installment of Kanye West’s documentary series, jeen-yuhs, will premiere on Netflix on March 2.

Netflix originals are typically released at midnight. Pacific Time or 3 a.m. Eastern Time on the morning of the project’s scheduled release date. Thus, the following is the Netflix Kanye documentary release schedule: