Director Steven Spielberg and Screenwriter Tony Kushner Gave the West Side Story a New Look in 2021. We Try to Simplify Every Important Change From Its 1961 Version.

However, there are stark differences to make the current West Side Story outperform the older version.

Westside story has a background of the late 1950s and it showcases the Jets – an Irish-American street gang whose leader is Riff (played by Mike Faist) and their animosity against the Sharks spurred by racism – another gang of Puerto Rico which is headed by Bernardo (played by David Alvarez).

In a scheme of things, they are to rival against each other to seize the neighborhood. Notwithstanding their enmity, things become complex when Tony (played by Angel Elsort) who was previously a member of the Jets falls for Maria (played by Rachel Ziegler), who is the sister of Bernardo after they meet.

Keeping the central story unaltered, Spielberg’s West Side Story has quite a few changes from the original musical version of the film, lyrics, and music, sites of shooting, and certain changes in the characters.

The Character of Doc Is Replaced by Valentina

In its former version, Doc has a drugstore that serves as a focal point when the Jets and Sharks have a meeting to set the rules of the Rumble. But in the 2021 version, Rita Moreno assumes the role of Valentina who is used to fulfill another purpose and as an alternative to Doc. Though she has a role alike to that of the Doc, it has some changes.

Since she is portrayed as a Puerto Rican character, Valentina gambles her chance on Tony being the wife of a white man. This shakes the energy between her and the other characters. Finally, she plays an important role in the film and also sings a song that was not done by Doc in the 1961 version of the film.

The Songs and Characters Who Sing Them Are Also Changed

The 1961 West Side Story songs are slightly different than the 2021 movie. The songs in themselves are more or less the same – “America” is a mixture of the older film and the current one, it is thus a special one. However, the singers and the songs’ presence in the plot is changed.

In the current version of Spielberg, “Gee, Officer Krupke”, “I Feel Pretty”, and “America”, all these songs are present at multiple points of the film. The first one is when some members of the Jets gang are taken to the police station and interrogated about the Rumble rather than in the streets in the older film.

In the song “I Feel Pretty” Maria is tidying a store of a department after the fight has happened compared to the older film where she was at a bride’s shop before the fight. In the song “America”, Steven Spielberg shoots it at a street instead of a rooftop and it is present early day after the dance in the gym than before as it was the older film.

“Cool” is there before the Rumble. “What’s more” is another song which is shown to be sung by Tony to the Riff differentiating from the 1961 version where it was sung by Ice after the demise of Riff. “Somewhere” by Valentina than by Tony to Maria after her discovery that he murdered Bernardo.

Maria blurts out verses from the song “One Hand, One Heart” when Tony is in her arms dying rather than singing “Somewhere” in the 1961 West Side Story.

In 2021 West Side Story Anybodys Is a Trans 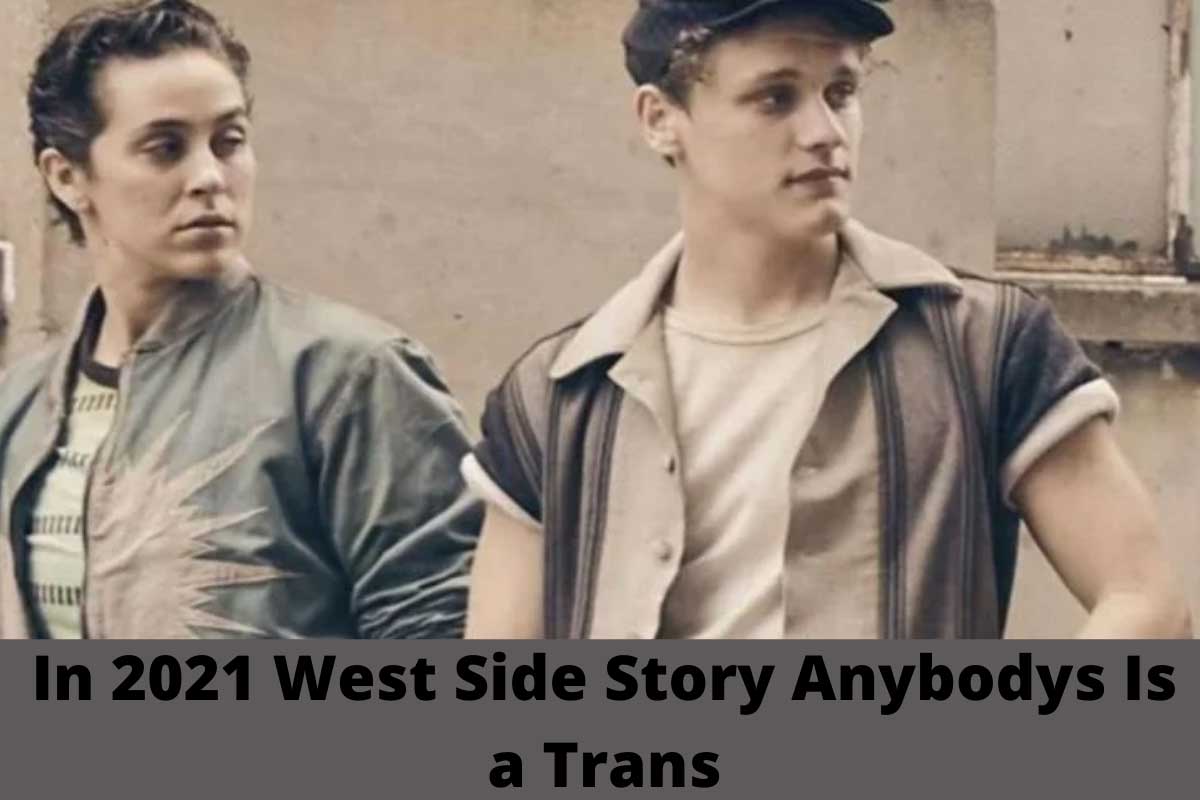 In the actual film of the 60s as well as the play, Anybodys is portrayed as a young female who has the personality of a tomboy and her only desire is to join the Jets’ gang and be known as their member like the guys. Whereas the character of Anybodys has inclined towards being a trans, the new film has made the possibility real.

In its storyline, the character of Anybodys is played by the actor Ezra Means who identifies as a nonbinary. Anybody keeps following the Jets everywhere but is not welcomed by them and is made fun of for his gender and constant efforts of striving to be one of them. Ultimately, he ends up winning their regard.

Maria Does Not Work at a Bridal Shop

Maria works at a bridal dress shop in the 1961 West Side Story with Anita. This is the place where she sings “I Feel Pretty” in the starting. But in the new film, she has the job of a cleaner, cleaning the floors and spraying the counters at a different department store in New York City. On the other hand, Anita works with dresses with the hope of having her shop one day.

The department store is the same place where Chino informs Maria about Tony killing her brother Bernardo. This is in contrast with the older version where he goes up onto the roof to deliver the news.

Tony Does Not Meet Bernardo and the Sharks Before the Fight 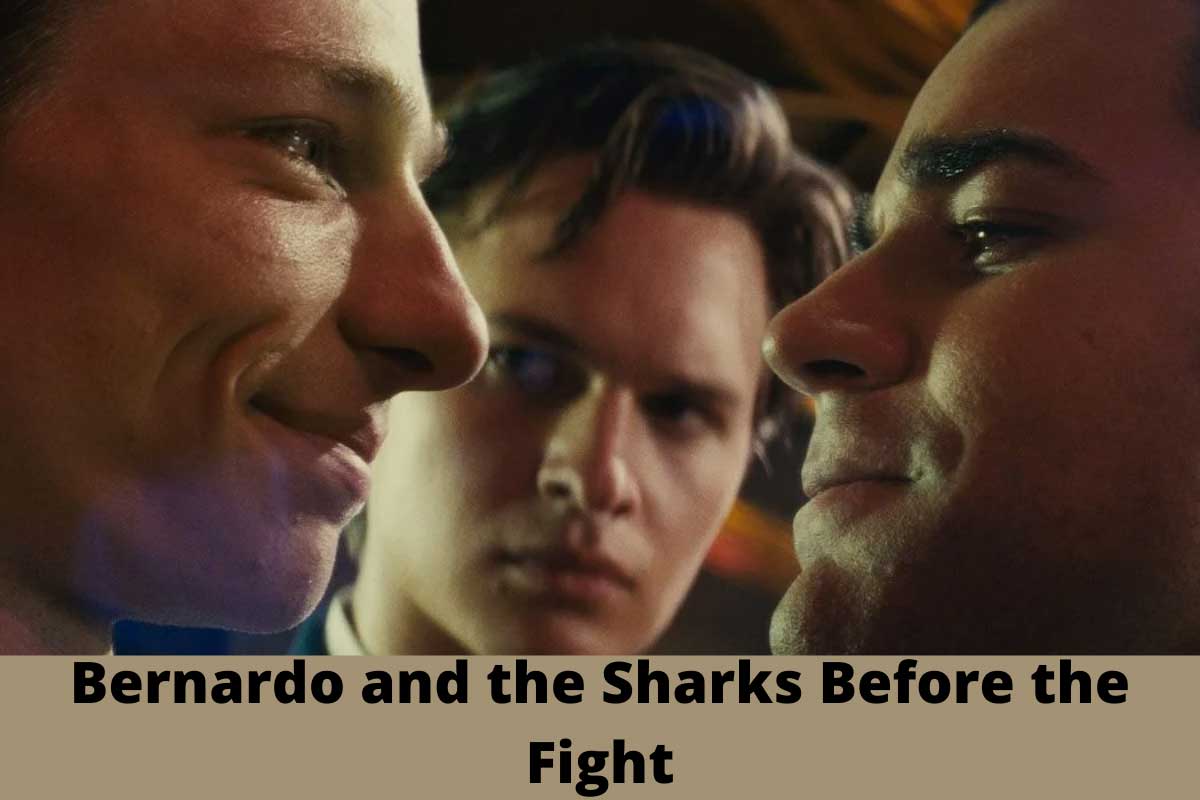 In the older movie, Tony and Jets have a meeting with Bernardo and the other Sharks at the drugstore owned by Doc to specify the rules of the Rumble. There Tony manages to persuade Bernardo about fair play and that the fight should go on without the usage of any weapon.

However in the 2021 film, Tony offers the Riff and the Jets to persuade them to not use the gun Riff got from a bar and sings the song “Cool” to prompt his mates to allay their rage.

In the 1961 film, Maria and Tony don’t enjoy a date. But Tony meets Maria at her workplace, the bridal shop. There she convinces him to swear to her to stop the Rumble to which Tony assents. Then they also act out their marriage. However, in the 2021 film, they go to a church in a different end of their city and sing “One Hand, One Heart” enjoying their date.

It is quoted appropriately that they would be chanting nuptial oaths to one another inside a church and have their date after meeting the first time. This showcases the intensity of their relationship as compared to the older film.

The Rumble Takes Place in a Salt Warehouse

The Rumble in the 1961 film between the Jets and Sharks occurs under a bridge. Whereas the location is indicated in the 2021 West Side Story it seems a more pragmatic approach by the characters to have the encounter in a salt warehouse so that they stay out of vision and it is difficult for the police to track them.